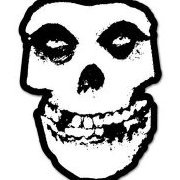 My wife - the f are you building at three in the morning in the bathroom with a Dremel? Me - a weapon to surpass metal gear