By akiraspeedstar,
February 8, 2013 in Tactical Equipment and Accessories 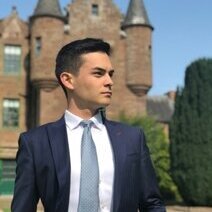 Out of nowhere, A WILD PM APPEARED.   LOL

I had a sample of 553s come in, but the QD mount arms were horrid. They didnt work on any Madbull RIS system, and had a slight cant on the rails that they did fit on.  Wildecard just told me it fits f